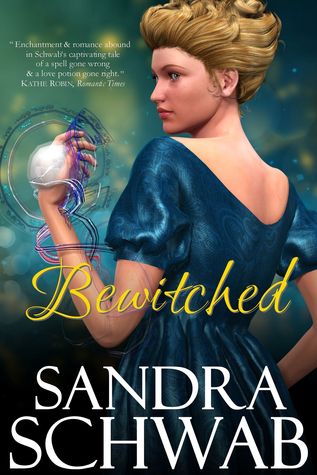 Sweet passion ...After a magical mishap that turned her uncle’s house blue, Miss Amelia Bourne was stripped of her powers and sent to London in order to be introduced into polite society—and to find a suitable husband. Handsome, rakish Sebastian “Fox” Stapleton was all that and more. He was her true love. Wasn’t he?... or the bitter taste of deceit?At Rawdon Park, the country estate of the Stapletons, Amy began to wonder. Several inexplicable events suggested that one sip of bitter punch had changed her life forever—that this love, this lust, was nothing but an illusion. She and Fox were pawns in some mysterious game, and black magic had followed them out of Town. Without her powers, would she be strong enough to battle those dark forces and win? And would she be able to claim her heart’s true desire? Magic potion or no, what she felt for Fox was a spell that could never be broken. 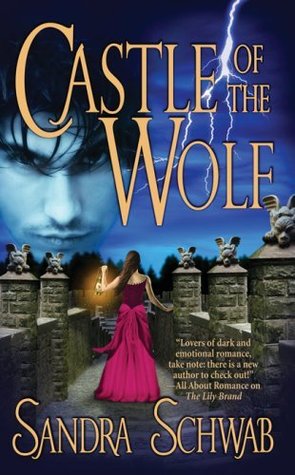 SANDRA SCHWAB - CASTLE OF THE WOLF

Into the DarknessCelia Fussell's father is dead, and she is reduced to the status of a poor relation in the house of her brother, the new baron, and his shrewish wife. A life of misery looms ahead.But, no. There is hope. Deep in the Black Forest, in the Great Duchy of Baden, stands Celia's inheritance. Among fir trees so dark they almost look black, The Castle of Wolfenbach rises. It is a fortress of solitude, of secrets, of old wounds and older mysteries. But it is hers. And only one thing stands in her way: its former master, the hermit, the enigma . . . the man she is obliged to marry.
Posted by Engele at 2:55 PM