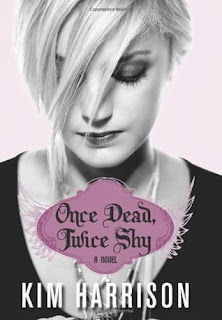 My name is Madison Avery, and I'm here to tell you that there's more out there than you can see, hear, or touch. Because I'm there. Seeing it. Touching it. Living it.

Madison's prom was killer—literally. For some reason she's been targeted by a dark reaper—yeah, that kind of reaper—intent on getting rid of her, body and soul. But before the reaper could finish the job, Madison was able to snag his strange, glowing amulet and get away.

Now she's stuck on Earth—dead but not gone. Somehow the amulet gives her the illusion of a body, allowing her to toe the line between life and death. She still doesn't know why the dark reaper is after her, but she's not about to just sit around and let fate take its course.

With a little ingenuity, some light-bending, and the help of a light reaper (one of the good guys! Maybe . . . ), her cute crush, and oh yeah, her guardian angel, Madison's ready to take control of her own destiny once and for all, before it takes control of her.

Well, if she believed in that stuff. 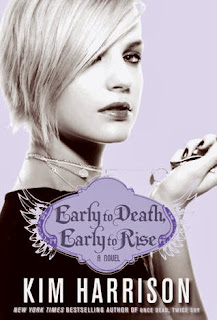 Seventeen, dead, and in charge of heaven's dark angels all itching to kill someone.

Madison Avery's dreams of ever fitting in at her new school died when she did. Especially since she was able to maintain the illusion of a body, deal with a pesky guardian angel, and oh yeah, bring the reaper who killed her to his untimely end. Not exactly in-crowd material. It's amazing that her crush, Josh, doesn't think she's totally nuts.
Now Madison has learned that she's the dark timekeeper, in charge of angels who follow the murky guidelines of fate. Never one to abide by the rules, she decides it's time for a major change to the system. With the help of some unlikely allies, Madison forms a rogue group of reapers who definitely don't adhere to the rules of the heavens.

But as she grapples with the terrifying new skills that come with being a timekeeper, Madison realizes she may not be prepared for what lies ahead unless she gets some seriously divine intervention. 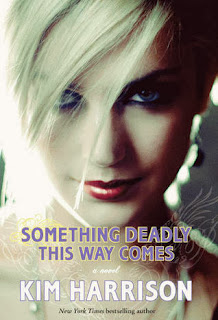 I'm Madison Avery, in charge of heaven's hit squad . . . and fighting it all the way.

When Madison died the night of her prom, she knew her life would never be the same. Now she has a powerful amulet, a team of rogue angels by her side, and the ability to flash forward into the future to see the shape of destiny. And of course, now she's finally with Josh—a perfect boyfriend who doesn't even mind that she's dead.

But being dead has its disadvantages, too. Madison feels caught between the light and the dark, and between her real life and her timekeeper status. When Madison has the opportunity to get her body back—to be alive again—she faces her most difficult decision yet. If she claims it, she could return to being a normal girl—and have a chance at a real relationship with Josh. But would having the one thing she wants most in the world also mean giving up everything she's worked so hard for?

Posted by Engele at 12:11 AM No comments: Links to this post