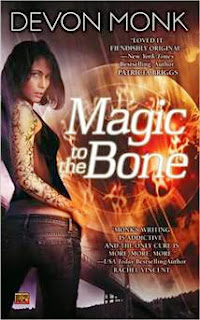 Using magic meant it used you back. Forget the fairy-tale, hocus-pocus, wave a wand and bling-o, sparkles and pixie dust crap. Magic, like booze, sex, and drugs, gave as good as it got.

Everything has a cost. And every act of magic exacts a price from its user - maybe a two-day migraine, or losing the memory of your first kiss. But some people want to use magic without paying, and they Offload the cost onto innocents. When that happens, it falls to a Hound to identify the spell's caster - and Allison Beckstrom's the best there is.

Daughter of a prominent Portland businessman, Allie would rather moonlight as a Hound than accept the family fortune - and the strings that come with it. But when she discovers a little boy dying from a magic Offload that has her father's signature all over it, Allie is thrown into the high-stakes world of corporate espionage and black magic.

Now Allie's out for the truth - and must call upon forces that will challenge everything she knows, change her in ways she could never imagine ... and make her capable of things that powerful people will do anything to control. 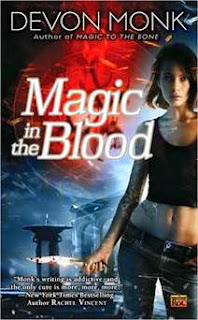 Working as a Hound-tracing illegal spells back to their casters-has taken its toll on Allison Beckstrom. But even though magic has given her migraines and stolen her recent memory, Allie isn't about to quit. Then the police's magic enforcement division asks her to consult on a missing persons case. But what seems to be a straightforward job turns out to be anything but, as Allie finds herself drawn into the underworld of criminals, ghosts, and blood magic. 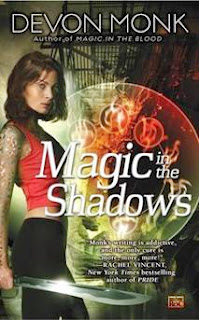 Allison Beckstrom's magic has taken its toll on her, physically marking her and erasing her memories-including those of the man she supposedly loves. But lost memories aren't the only things preying on Allie's thoughts.

Her late father, the prominent businessman-and sorcerer-Daniel Beckstrom, has somehow channelled himself into her very mind. With the help of The Authority, a secret organization of magic users, she hopes to gain better control over her own abilities-and find a way to deal with her father... 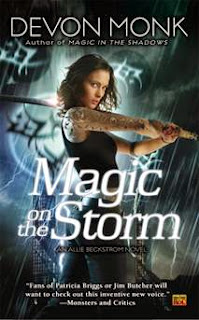 Allison Beckstrom is committed to her work tracing illegal spells. Now, there's an apocalyptic storm bearing down on Portland, and when it hits, all the magic in the area will turn unstable and destructive. To stop it from taking out the entire city, Allie and her lover, the mysterious Zayvion Jones, must work with the Authority-the enigmatic arbiters of all things magic-and take a stand against a magical wildstorm that will obliterate all in its path... 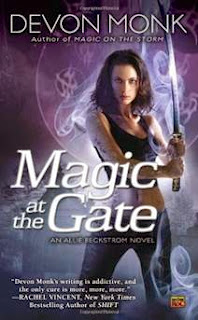 Allie Beckstrom's lover, Zayvion Jones, is a Guardian of the Gate, imbued with both light and dark magic and responsible for ensuring that those energies don't mix. But Zayvion lies in a coma, his soul trapped in death's realm. And when Allie discovers that the only way to save Zayvion is to sacrifice her very own magical essence, she makes a decision that may have grave consequences for the entire world. 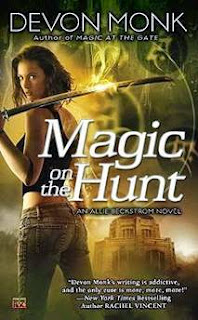 In the secret lockup of the Authority, the council that decides what can and can't be done with magic, an undead magic user has possessed one of the prisoners. He wants his freedom-and then some. Now Allie Beckstrom and her lover, Zayvion, are the first line of defense against the chaos he's about to unleash on the city of Portland... Allison Beckstrom has willingly paid the price of pain to use magic, and has obeyed the rules of the Authority, the clandestine organization that makes-and enforces-all magic policy. But when the Authority's new boss, Bartholomew Wray, refuses to believe that the sudden rash of deaths in Portland might be caused by magic, Allie must choose to follow the Authority's rules, or turn against the very people for whom she's risked her life.

To stop the plague of dark magic spreading through the city, all that she values will be on the line: her magic, her memories, her life. Now, as dead magic users rise to feed upon the innocent and the people closest to her begin to fall, Allie is about to run out of options. 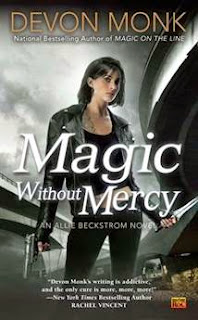 Allison Beckstrom’s talent for tracking spells has put her up against some of the darkest elements in the world of magic, but she’s never faced anything like this.

Magic itself has been poisoned, and Allie’s undead father may have left the only cure in the hands of a madman. Hunted by the Authority–the secret council that enforces magic’s laws–wanted by the police, and unable to use magic, she’s got to find the cure before the sickness spreads beyond any power to stop it.

But when a Death magic user seeks to destroy the only antidote, Allie and her fellow renegades must stand and fight to defend the innocent and save all magic… 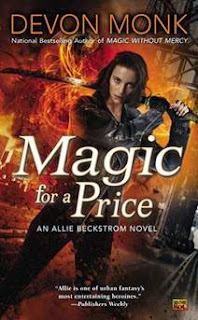 For most of her life, Allison Beckstrom has used magic and accepted the heavy price it exacts. But now that all magic is poisoned, it’s no longer just using people—it’s killing them.

With Portland about to descend into chaos, Allie needs to find a way to purify the wells of tainted magic beneath the city. But the only options left to her are grim: attempt to close down magic forever, or follow her father’s plan to set magic into the right hands—even though she’s learned to never trust his word.

Now, Allie will have to make a choice and face the darkness of her own deepest fears, before time runs out for them all.

Posted by Engele at 8:22 AM No comments: 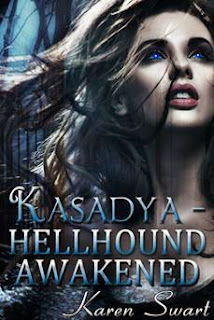 In a constant battle between good and evil, evil is dominating the battle field and leading mankind to its destruction. With our Creator's intervention a creature destined to conquer and destroy is created. He gives mankind hellhounds to fight back and reclaim freedom.

Join seventeen year old Kasadya Levourne as she fights against evil to protect us. With each step she faces destruction, and yet she has the talent to give it back tenfold. Stubborn and hardheaded she makes her mark in the fallen world and starts a battle none can escape. Not even her trainer, the very attractive Chax de Luca, was prepared for her presence.

Will evil prevail? Or will Kas and her fallen friends succeed in protecting us against it?

Hold on to your seats, this is going to be one hell of a ride. 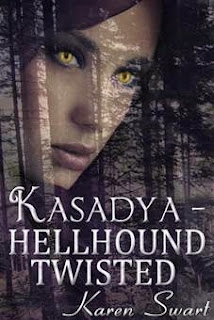 Kasadya is back in Exsilium and finds her world a little different. Her half-breed fallen friends join her, and they are ordered to complete their apprentice training in order to obtain the right to be guardians. She must learn that her own fate cannot be denied and that others are set to follow. But most of all, she must learn that to trust is the greatest battle of all.

The tables are turned and Kasadya is put to the test. Will she be able to prevent her own death, or that of a friend? Or will her actions call forth the destruction of Earth and Exsilium?

For a Phoenix to rise, it must first die. —Chax De Luca. 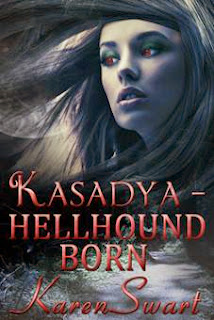 In a world filled with evil, the Fallen prepare for the ultimate battle against the demon world!

Kasadya is ordered to unleash her crazed born transformation to complete her divinity. But there is a chance that her born will be uncontrollable, and she will be destroyed. There is just one person that can save her; her charm, her destined mate. Left without a choice, she must surrender, and place her life in his hands.

In a race against time, the Fallen must stand together and fight the evil threatening to invade earth. If her divinity was in reach, victory would be theirs. That is until she starts having visions of the final battle, and her true destiny is revealed. She just found her love and place in the Fallen world; will she be able, and willing, to sacrifice it all? 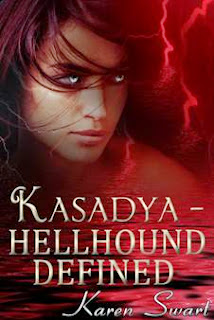 For centuries his only reason for existence was to destroy evil. But when he finally found his mate, that all changed for the deadly Chax De Luca. When the hellhound Kasadya captured his heart, he surrended it to her, thinking he’d finally found what he’d been looking for. Little did he know that his mate would sacrifice herself to save them all.

His fury is legend. His wrath, merciless. His love for his mate, undeniable. He’s going to hell to retrieve his heart, and if that means that he must destroy hell itself, then so be it.

Kasadya awakes to a world in peril, her mate forever changed, and a war filled with evil creatures intending to enter Earth’s realm and destroy all that she holds dear. Can she complete her divinity in time to save her loved ones and mankind? Will she have to choose? Or will all be lost in the final battle?

The final battle is here, and with it, secrets are revealed and worlds are changed forever.

Posted by Engele at 7:14 PM No comments: