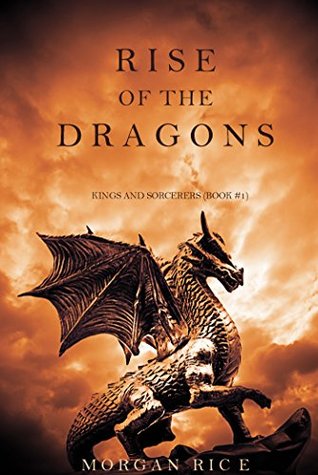 Morgan Rice - Kings and Sorcerers 1 - Rise of the Dragon

Kyra, 15, dreams of becoming a famed warrior, like her father, even though she is the only girl in a fort of boys. As she struggles to understand her special skills, her mysterious inner power, she realizes she is different than the others. But a secret is being kept from her about her birth and the prophecy surrounding her, leaving her to wonder who she really is.
When Kyra comes of age and the local lord comes to take her away, her father wants to wed her off to save her. Kyra, though, refuses, and she journeys out on her own, into a dangerous wood, where she encounters a wounded dragon—and ignites a series of events that will change the kingdom forever.
15 year old Alec, meanwhile, sacrifices for his brother, taking his place in the draft, and is carted off to The Flames, a wall of flames a hundred feet high that wards off the army of Trolls to the east. On the far side of the kingdom, Merk, a mercenary striving to leave behind his dark past, quests through the wood to become a Watcher of the Towers and help guard the Sword of Fire, the magical source of the kingdom’s power. But the Trolls want the Sword, too—and they prepare for a massive invasion that could destroy the kingdoms forever. 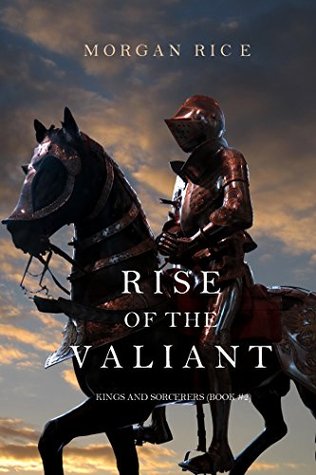 Morgan Rice - Kings and Sorcerers 2 - Rise of the Valiant

In the wake of the dragon’s attack, Kyra is sent on an urgent quest: to cross Escalon and seek out her uncle in the mysterious Tower of Ur. The time has come for her to learn about who she is, who her mother is, and to train and develop her special powers. It will be a quest fraught with peril for a girl alone, Escalon filled with dangers from savage beasts and men alike—one that will require all of her strength to survive.
Her father, Duncan, must lead his men south, to the great water city of Esephus, to attempt to free his fellow countrymen from the iron grip of Pandesia. If he succeeds, he will have to journey to the treacherous Lake of Ire and then onto the icy peaks of Kos, where there live the toughest warriors of Escalon, men he will need to recruit if he has any chance of taking the capital.
Alec escapes with Marco from The Flames to find himself on the run through the Wood of Thorns, chased by exotic beasts. It is a harrowing journey through the night as he quests for his hometown, hoping to be reunited with his family. When he arrives, he is shocked by what he discovers.
Merk, despite his better judgment, turns back to help the girl, and finds himself, for the first time in his life, entangled in a stranger’s affairs. He will not forego his pilgrimage to the Tower of Ur, though, and he finds himself anguished as he realizes the tower is not what he expects.
Vesuvius spurs his giant as he leads the Trolls on their mission underground, attempting to bypass The Flames, while the dragon, Theos, has his own special mission on Escalon. 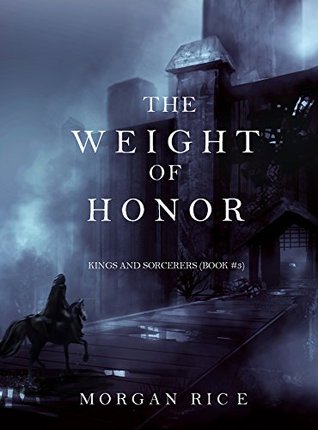 Morgan Rice - Kings and Sorcerers 3 - The Weight of Honor

In THE WEIGHT OF HONOR, Kyra finally meets her cryptic uncle, and is shocked to discover he is not the man she expected. She embarks on a period of training which will test her stamina and her frustration, as she soon encounters the limits of her power. Unable to summon her dragon, unable to search deep within, and feeling an urgency to help in her father’s wars, Kyra doubts if she will ever become the warrior she thought she was. And when she meets a mysterious boy, more powerful than her, deep in the forest, she wonders what her future really has in store for her.
Duncan must descend the peaks of Kos with his new army and, vastly outnumbered, launch a risky invasion on the capital. If he wins, waiting behind its ancient walls, he knows, will be the old king and his nest of nobles and aristocrats, all with their own agendas, all of them as quick to betray as they are to embrace. Unifying Escalon may, indeed, be harder than freeing it.
Alec, in Ur, must tap his unique skills in the forge to aid the resistance if they have any chance of defending against the looming Pandesian invasion. He is awestruck when he encounters Dierdre, the strongest girl he has ever meet. The time she has a chance to make a stand against Pandesia, and as she bravely faces off, she who wonders if her father and his men will have her back this time.
Merk finally enters the tower of Ur, and is stunned by what he discovers. Initiated into its strange codes and rules, he meets his fellow Watchers, the toughest warriors he has ever encountered, and he finds that earning their respect will not be easy. With an invasion looming, they must all prepare the tower; yet even all its secret passageways may not keep them safe from the betrayal lurking from within.
Vesuvius leads his Troll nation across a vulnerable Escalon, devastating the land, while Theos, enraged at what becomes of his son, is on a rampage himself, and will not stop until all of Escalon is aflame.

Posted by Engele at 4:05 PM No comments: