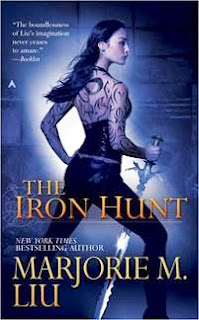 Silver smoke winds around my torso, peeling away from my ribs and back, stealing the dark mist covering my hands and lower extremities...tattoos dissolving into demon flesh, coalescing into small dark bodies. My boys. The only friends I have in this world. Demons.

By day, her tattoos are her armor. By night, they unwind from her body to take on forms of their own--demons of the flesh, turned into flesh. This is the only family demon hunter Maxine Kiss has ever-known. It's the only way to live, and the very way she'll die. For one day her demons will abandon her for her daughter to assure their own survival--leaving Maxine helpless against her enemies.

But such is the way of Earth's last protector--the only one standing between humanity and the demons breaking out from behind the prison veil. It is a life lacking in love, reveling in death, until one moment--and one man-- changes everything. 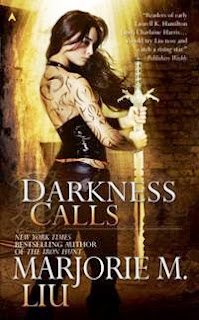 Demon hunter Maxine Kiss, inked with living tattoos, is on a mission to rescue the man she loves from a bloodthirsty army. To save him, Maxine has only one choice: to lose control—and release her own powers of darkness. 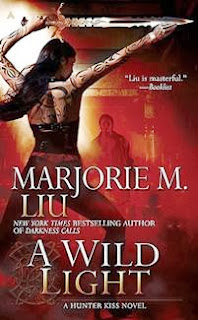 For too long Maxine Kiss has felt an inexplicable darkness inside her-a force she channels into hunting the demons bent on destroying the human race. But when she finds herself covered in blood and crouched beside her grandfather's dead body with no memory of what happened, Maxine begins to fear that the darkness has finally consumed her. 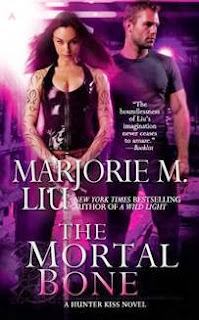 When the bond Maxine Kiss shares with the demons tattooed on her skin is deliberately severed, the demon hunter is left vulnerable and unprotected. For the first time in ten thousand years, the demons have a taste of freedom. And as the little demons grow more violent and unpredictable, Maxine starts to fear they will lose their minds without her. Reuniting won't be easy, since a greater temptation waits for these hellions: a chance to return to their lives as Reaper Kings, and unleash hell on Earth.

Posted by Engele at 9:56 PM No comments: Links to this post