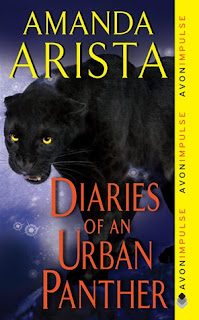 Violet Jordan Rule #1 of being a superhero: No tights.
Dear Diary,
By now you know I'm hardly a normal girl. Last night I woke up naked in an alley after fighting off some werewolves. All in a day's work, I guess. I thought I was dealing pretty well with the whole werepanther thing: the training, the apocalyptic prophecies. And the hot guy following me around, protecting me at every turn, is definitely a bonus. I'm even starting to become accustomed to the bloodshed and the violence—and that's what scares me. What will tomorrow bring?--------------------------
Violet Jordan thought the fairy tales her mother wove were just a way to get Violet to sleep, not a way to prepare her for the apocalypse she is the key to preventing. When she becomes a midnight snack for werepanther Spencer Haverty, his infectious bite invokes the first element of her destiny. When Violet’s budding instincts allow her to save a boy’s life, she realizes this new gig may come with perks: a slimmer figure, the attention of a handsome Guardian, and insights into her future embedded in her mother’s stories. But as push comes to claws, can Violet make the fatal strike against the men threatening her new family, her new home and her first boyfriend in ages 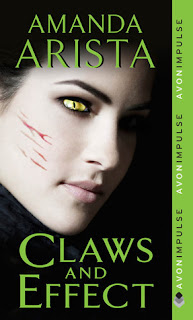 Amanda Arista - Diaries of an Urban Panther 2 - Claws and Effect

Violet Jordan Rule #2 of being a superhero:
Find reliable sidekicks.
Dear Diary,
Once I took down Haverty, the Primo of the city, I thought life was going to get better. After four assassination attempts, I'm thinking not so much. Haverty's pack needs a new leader, and I've just about run out of reasons why I'm not right for the job.
Besides, having loyal followers would definitely help me fight off whoever's out for my blood. Especially since my boyfriend is always busy playing White Hat to every wanderer except me. I'm glad he thinks I'm tough enough to handle my own business, but a little extra backup would be nice.
So now I just need to figure out how to mentor new shifters, run a pack, keep my "real" job, and have some sort of personal life. All in a day's work for this horror movie writer-turned-shapeshifting panther 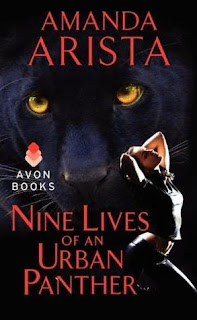 Violet Jordan's Rule #3 of being a superhero: Family first, fur second.
Dear Diary,
With new supernatural creatures popping up at every turn (Ghouls? Really?), the city divided, and my long-lost cousin blazing into town, I've got a lot on my mind. Oh, not to mention I'm supposed to be planning a wedding. Chaz has got to be the best, most patient (and probably clinically insane) fiancé around.But defeating my sworn enemy in a battle for the souls of Dallas is going to require more than just my full attention. It means learning to depend on everyone—especially Chaz—if any of us are going to make it out of this alive. Because if Plan A doesn't work, I'm going to need them for Plan B. And Plan C .

Posted by Engele at 8:41 AM No comments: 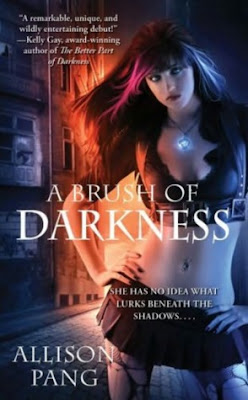 The man of her dreams might be the cause of her nightmares.
Six months ago, Abby Sinclair was struggling to pick up the pieces of her shattered life. Now, she has an enchanted iPod, a miniature unicorn living in her underwear drawer, and a magical marketplace to manage. But despite her growing knowledge of the OtherWorld, Abby isn’t at all prepared for Brystion, the dark, mysterious, and sexy-as- sin incubus searching for his sister, convinced Abby has the key to the succubus’s whereabouts. Abby has enough problems without having this seductive shape-shifter literally invade her dreams to get information. But when her Faery boss and some of her friends vanish, as well, Abby and Brystion must form an uneasy alliance. As she is sucked deeper and deeper into this perilous world of faeries, angels, and daemons, Abby realizes her life is in as much danger as her heart—and there’s no one she can trust to save her. 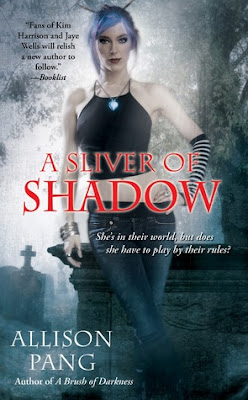 WAR IS HELL. AND WAR WITH HELL IS NO FUN EITHER.
Just when her new life as a TouchStone—a mortal bound to help OtherFolk cross between Faery and human worlds—seems to be settling down, Abby Sinclair is left in charge when the Protectorate, Moira, leaves for the Faery Court. And when the Protectorate’s away . . . let’s just say things spiral out of control when a spell on Abby backfires and the Faery Queen declares the Doors between their worlds officially closed. The results are disastrous for both sides: OtherFolk trapped in the mortal world are beginning to fade, while Faery is on the brink of war with the daemons of Hell. Along with her brooding elven prince Talivar and sexy incubus Brystion, Abby ventures to the CrossRoads in an attempt to override the Queen’s magic. But nothing in this beautiful, dangerous realm will compare to the discoveries she’s making about her past, her destiny, and what she will sacrifice for those she loves. 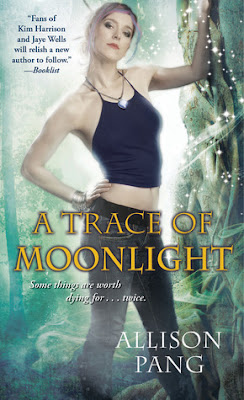 Drinking from the waters of lethe and offering herself up as Faerie's sacrificial Tithe . . . these just might be the least of Abby Sinclair's problems.
Abby's pact with a daemon -- whether or not she remembers making it -- is binding, so she'd better count herself lucky that (in the words of a daemon who knows better) there's nearly always a loophole. But her friends' reckless attempts to free her, well intentioned though they may be, set off a disastrous chain of events.

In no time at all, Abby turns her incubus lover mortal, then gets herself killed, cursed, and married to an elven prince whose mother wants her dead. On top of everything else, she's lost the Key to the CrossRoads to her mortal enemy, who promptly uses his restored power to wreak havoc on the OtherWorld and put its very existence in jeopardy. Only one person can make things right again, but to find her, Abby must place her trust in allies of mixed loyalties, and conquer her nightmares once and for all.

Posted by Engele at 8:34 AM No comments: