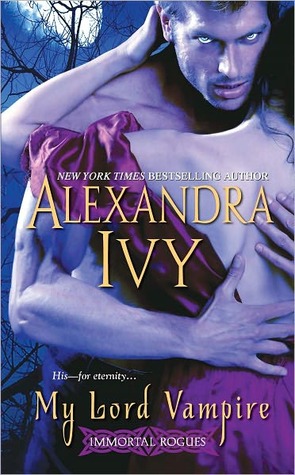 In the first of a mesmerizing trilogy, Alexandra Ivy, author of the Guardians of Eternity series, introduces the Immortal Rogues--three vampires duty-bound to protect their own kind even as they fall prey to mortal desires. . .Centuries have passed since Gideon Ravel dwelled among humans. Now he must infiltrate the cream of London society to earn the trust of one woman. Simone, Lady Gilbert, possesses an amulet of unimaginable power, and no concept of the threat that surrounds her. The ton's gossip prepared him for her beauty and wit. But he is blindsided by her barely disguised sensuality and his growing need to possess her. . . None of the idle aristocrats who vie for Simone's attentions know about her past. To them, she is the sophisticated, worldly widow known as the "Wicked Temptress." The truth would ruin her, and she has never been tempted to reveal it until now. Yet beneath Gideon's bold, black-eyed stare is a hunger that demands satisfaction and complete surrender. . .and a secret far more dangerous than her own 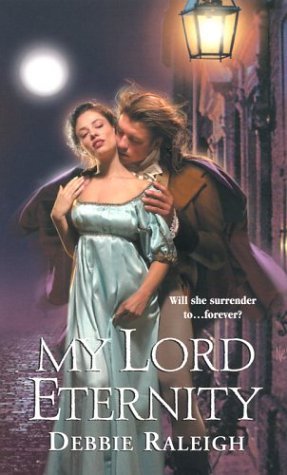 Alexandra Ivy, author of the Guardians of Eternity series, draws readers deeper into the world of the Immortal Rogues--three vampires entrusted to protect the future of their kind...To other vampires, mortals are weak, uninteresting creatures. To Lucien Valin, they are infinitely fascinating. Especially Jocelyn Kingly--once the prize of London society, now an outcast. As the vampire assigned to guard her, Lucien is relishing his task. But her beguiling goodness puts her in terrifying danger. Not just from the traitor intent on claiming her mysterious amulet, but from the desire Lucien struggles to keep in check.Youthful infatuation already cost Jocelyn her good name. But even with little to lose, instinct tells her that accepting Lucien as a tenant in her home is a devil's bargain. As she roams London's streets at night, helping the most wretched, she feels a dark force drawing near. And Lucien--magnetic, charming, irresistible--may turn out to be her savior, her lover, or the means to change her destiny forever. 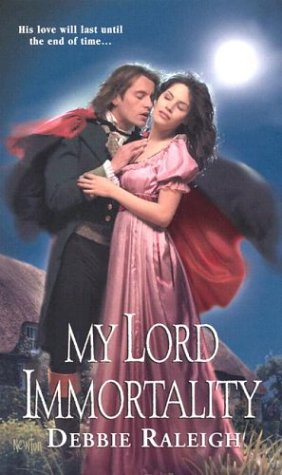 THIS BOOK WAS ORIGINALLY PUBLISHED IN 2003 UNDER AUTHOR NAME DEBBIE RALEIGHDespite her impeccable lineage and delicate beauty, Amelia Hadwell has no interest in social demands - not when she must care for her brother William, whose otherworldly manner has convinced their family he is mad. Determined to care for him, Amelia is horrified to learn that he has been escaping to the East End, where a shocking series of murders has terrorised the neighbourhood - and that her neighbour, Drake Ramone, is convinced William is the culprit! Desperate to safeguard her brother, Amelia accepts the offer of a hiding place from Sebastian St. Ives, a reclusive scholar to whom William has taken a liking. Drawn to the reserved, silver eyed stranger, she is amazed when he reveals the unsettling reason for Drake's interest in William - and the danger an amulet in Amelia's possession represents. Yet nothing is as shattering as the realisation that although Sebastian belongs to a world she cannot imagine, she has surrendered her heart to him with just one kiss